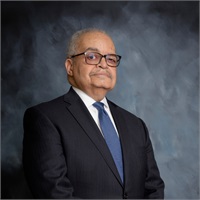 Marvin C. Mangham, Jr. is a product of Atlanta Public Schools, who later went on to become a graduate from Morehouse College in 1969 with a Bachelors of Arts Degree, majoring in Business Administration.

Marvin attended the University Of Georgia School Of Law and graduated in 1972, becoming the third African-American to graduate from the University. At the law school, he was the President of the Law Students Civil Rights Research Council and the Black American Law Students Association.

Marvin was a Reginald H. Smith Fellow, and was assigned to the Atlanta Office of the Georgia Legal Services Program, from 1972 to 1973. Marvin was involved in the area of economic development for the State of Georgia.

Afterwards, Marvin became an attorney of the federal government, leaving after 10 years as a division chief of the General Counsel’s office of the Department of Health and Human Services. In 1983, Marvin became a financial planner and is presently a principal of Mangham-Scott Wealth Management. Marvin specializes in the area of retirement and estate planning.

Marvin's professional associations include The Gate City Bar Association and the 100 Black Men of Atlanta.

Marvin's past and present civic associations include the Consumer Credit Counseling Service of Atlanta, Inc, the East Point Industrial and Development Authority, and the Sadie G. Mays Rehabilitation Center.

Marvin is married to Francene C. Mangham and is the proud grandfather to six wonderful grandchildren.