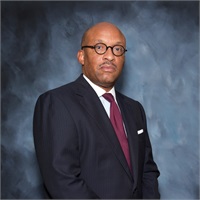 Over his 24 year professional career, Mr. Scott has held positions with the Atlanta Committee for the Olympic Games, Shearson Lehman Hutton, and AIG VALIC and AIG Retirement.

He is married to Dr. Rhonda Scott, and they are the proud parents of two sons, Thomas Lee Scott II and David Julian Scott.